I released a little program: garq.

And it’s probably of little use, but whatever.

I noticed that the google-authenticator program that is installed in many Linux distributions allows generating a new code and print the QR code for onboarding into authenticator applications, but it does not allow re-printing the QR code to add another at a later time.

This is not generally a problem, as most authenticator apps usually allow for entering the secret code manually. But it’s a hassle and we have modules to generate the QR code… so why not?

I know that the generated QR code… can be improved in the recording above, but in my terminal it looks great anyway: 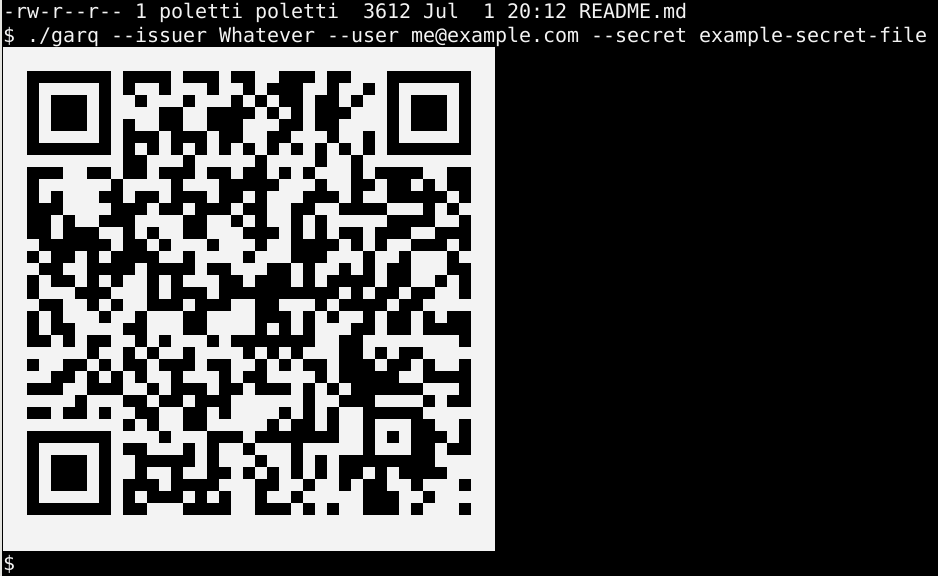