__PACKAGE__ cannot be treated like a sub before perl version 5.16.

I recently worked on a Log::Log4perl::Tiny update and I stumbled into this:

I’m not entirely sure why I was doing this exactly, but at least it was already clear to me that I had to do something.

Even when using strict, Perl lets us put barewords as hash keys, because that’s too handy to give up. This leads to a problem with the special literal __PACKAGE__ (or other literals like __LINE__ and __FILE__), because it’s composed of “wordy characters” only (yes, the underscore is considered a “wordy character”, think \w in regular expressions) and as such it is considered to be a bareword to be stringified when used as a hash key:

The trick in this case is to break the shortcut for stringification and force perl to evaluate the symbol as something. This can e.g. be done by using a scalar variable, because the $ will prevent the stringification:

I probably had this in mind at the time, but didn’t like to conjure up another variable, for some cleanness ideal that unfortunately is probably a bad flavor of hubris (i.e. the “being clever” which amounts to being stupid and unclear).

Whatever, I resolved to change this in the code and also to limit the modification to Carp, by tossing a local in. So I put this instead:

My assumption was that __PACKAGE__ could be treated much like something declared with use constant, and as it seems this is indeed the case in more recent perls. This, or I can’t make sense of the matrix at CPANTesters: 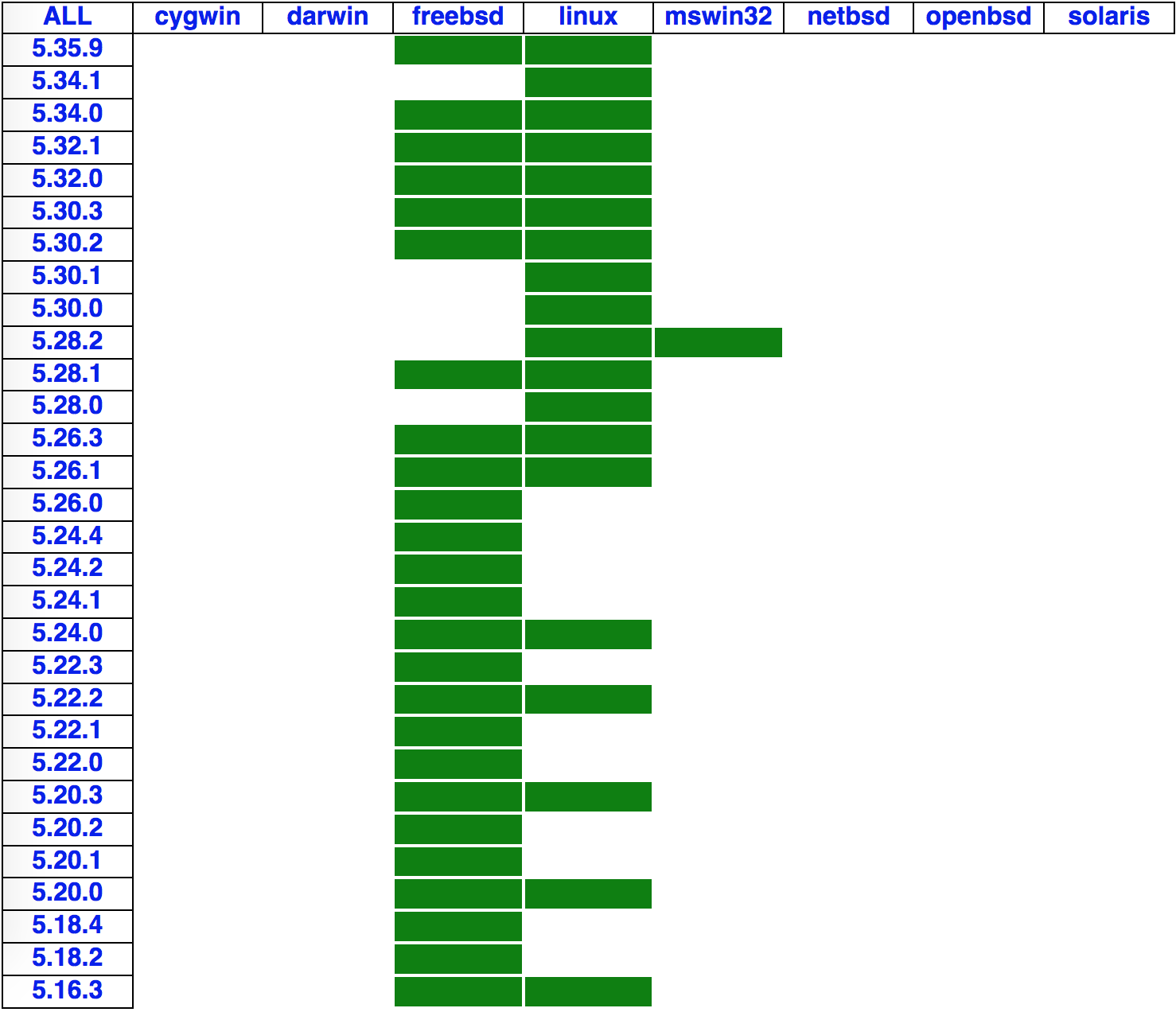 Anyway, the matrix was still incomplete - expecially before 5.16, which tickled my curiosity because the module is from about 12 years ago and it is supposed to work with version 5.8 too.

Fast forward a few hours and I receive this report and other similar ones, all related to perl releases before 5.16. The interesting part is this:

Ouch. Was this expected? Totally, as perl5160delta.pod points out:

The __FILE__, __LINE__ and __PACKAGE__ tokens can now be written with an empty pair of parentheses after them. This makes them parse the same way as time, fork and other built-in functions.

So OK, 5.16 was out a long time ago, but this is easy to adjust and keep the backwards compatibility:

Result: a new trial release in CPAN, and crossed fingers!