Options DenyUsers, AllowUsers, DenyGroups, and AllowGroups in an OpenSSH server give some knobs for restricting how users are allowed in the system. I have to admit that I didn’t really understand them so far.

The bottom line to understand that statement is that OpenSSH will try hard to argue for denying the access attempt. Think of it like some super-picky bureaucrat that will refuse to process your application because you forgot to put a dot on one “i”. At that point, it becomes clear that all four directives are used to find a reason to block access, even the Allow ones.

The comment at the beginning of the relevant function put is very clearly:

So there you go, here’s the steps in order. At any step, a user’s access request might be rejected, or move on to the following step.

I was initially tricked by thinking that Allow means… allow, i.e. that getting the name or group into the right list would lead to a grant for access. It turns out that it just means “it can go to the next stage”, which makes perfect sense in hindsight. 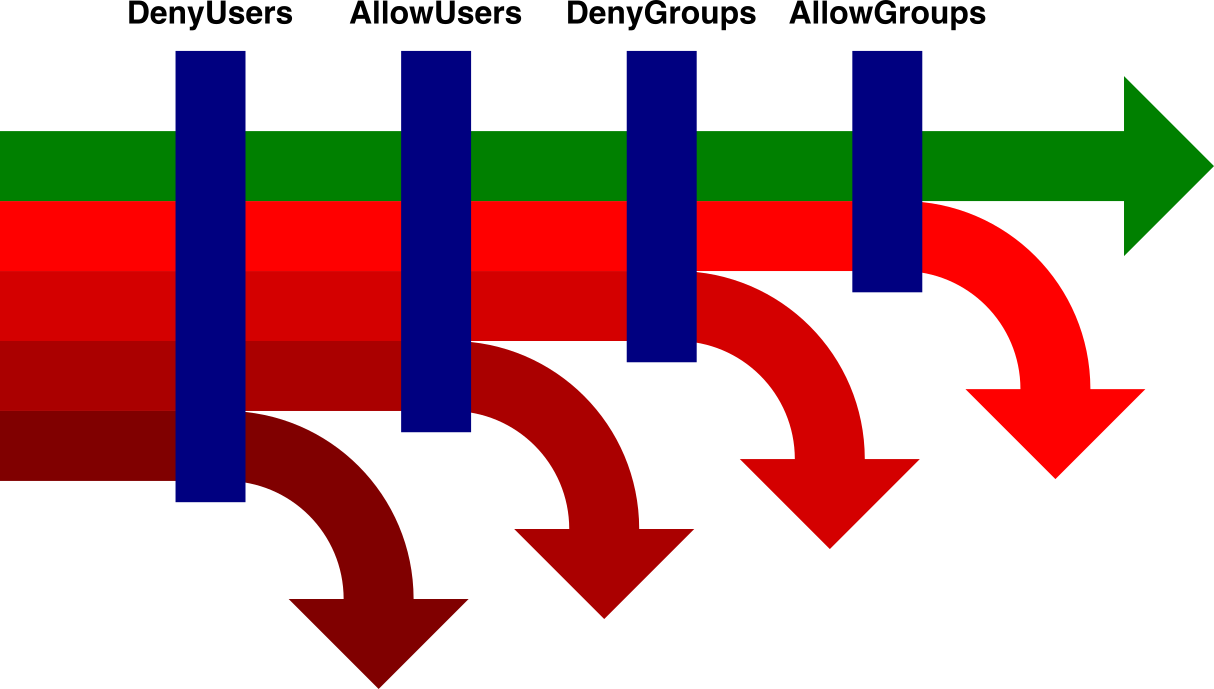 The figure tries to picture this process: at any stage, part of the requests will be rejected (turning away from their straight path) and others will be allowed to go to the next step.

Looking at the picture, it’s clear that the order in which the directives are evaluated does not really change the result: only requests that are able to get clearance at each roadblock will be allowed, and everything else will be torn down at one point or another.

Maybe this contributed to my initial misunderstanding, who knows? What about you? Did you get it right from the beginning?