Curious about what hairpinning stands for? Look no further!

I recently re-discovered what hairpinning is in the context of networking. So I thought it better to write a little post about it, just to fix it in my memory once and for all!

It’s easier with a picture 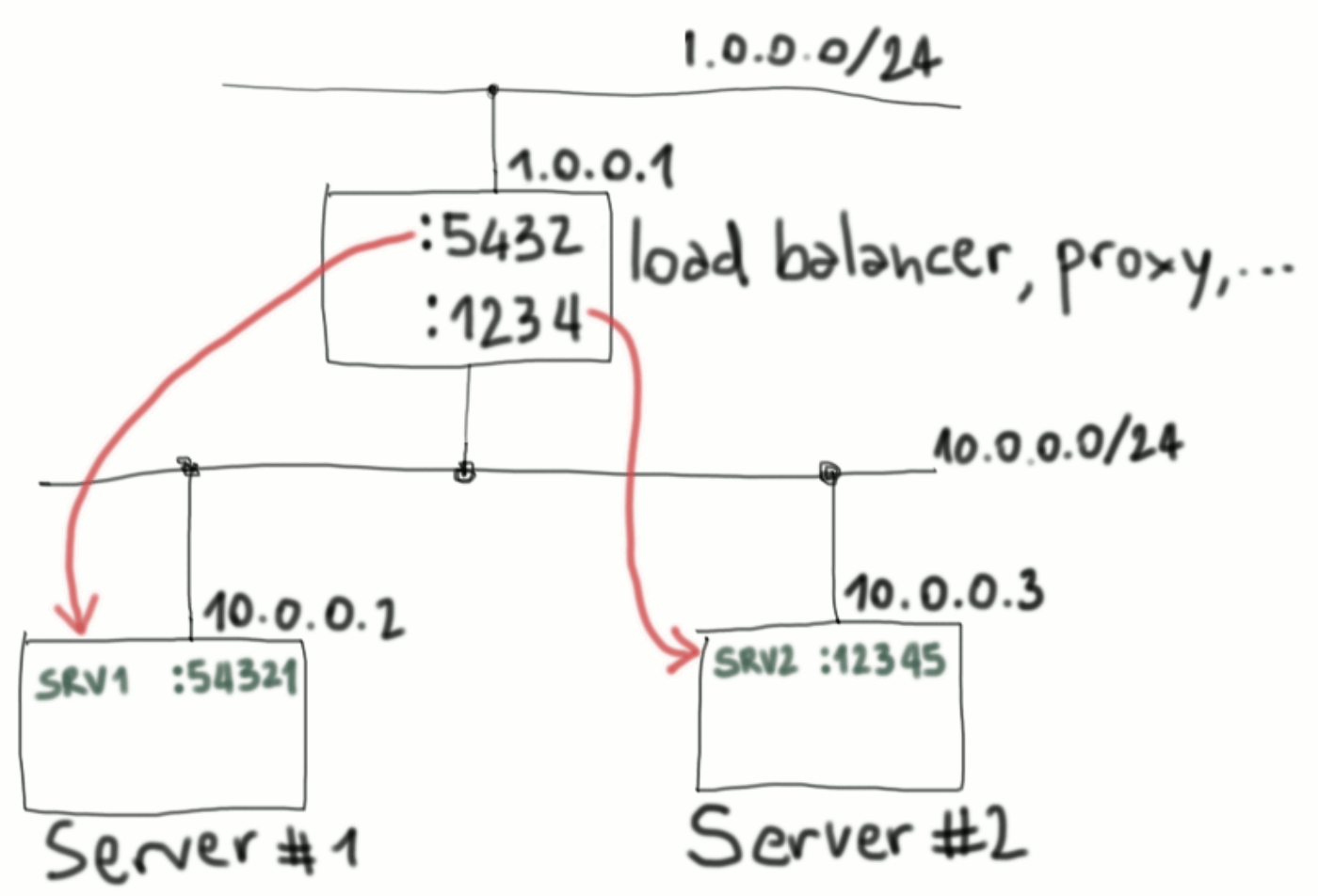 This might not always be doable or easy to accomplish, though. As an example, Server 1 might discover about srv2 in the same way as external clients would, hence it might not know that srv2 is also accessible from the internal network.

The situation in which Server 1 tries to reach srv2 from its externally visible endpoint (i.e. 1.0.0.1:1234) instead of the directly connected one is called hairpinning. Yes, it’s as simple as this.

Depending on the load balancer/proxy, this might actually work or not. In other terms, hairpinning must be supported by it, and possibly also be configured to work. Beware!